History of the Mansion

History of the Mansion 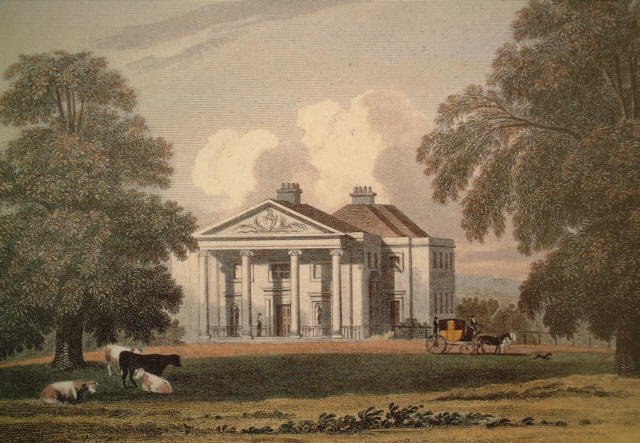 The Mansion is a Grade II* Georgian building, meaning it is of architectural and historical significance.

The stable block, now known as the Homesteads, suffered a fire in 2011 and has now been the subject of Heritage Lottery funding and has recently been restored. In the long term, we understand Lewisham Council hope to obtain significant funds to fully restore the Mansion as well.

The Mansion was built for John Cator, circa 1760 – 1762. John Cator (21 March 1728 – 26 February 1806) was an English timber merchant, landowner and politician who sat in the House of Commons between 1772 and 1793. He became a landowner with estates in Blackheath, Beckenham, Addington, Croydon and Waltham Forest.

John Cator created the park much as we know it between 1762 and maybe as late as 1793 in the land of the Manor of Foxgrove. In 1773 he also became Lord of the Manor of Beckenham, having purchased land from Frederick St. John, Lord Bollingbroke.

The Mansion is believed to have been known as ‘Stumps Hill’ at first, and was built as a gentleman’s seat in Beckenham, Kent. It was a grand family sized house intended as a pleasant retreat from the hubbub of London. 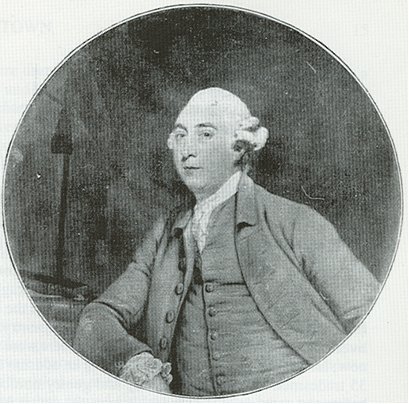 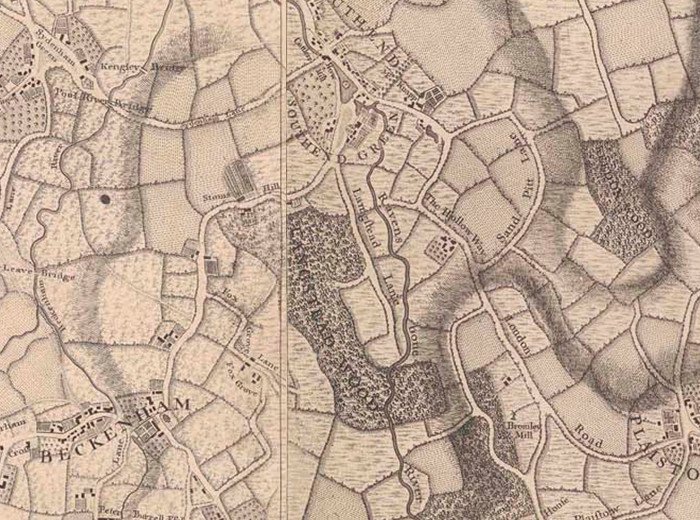 John Rocque’s “Country Near Ten Miles Round” map published showing 10 miles around London including the park area and some buildings which seem to be near the site of the mansion.

John Cator exchanges lands in Beckenham and Lewisham with Jones Raymond and Peter Burrell (1724-1775). Believed to be parts of the park and site of the mansion in Foxgrove Manor. 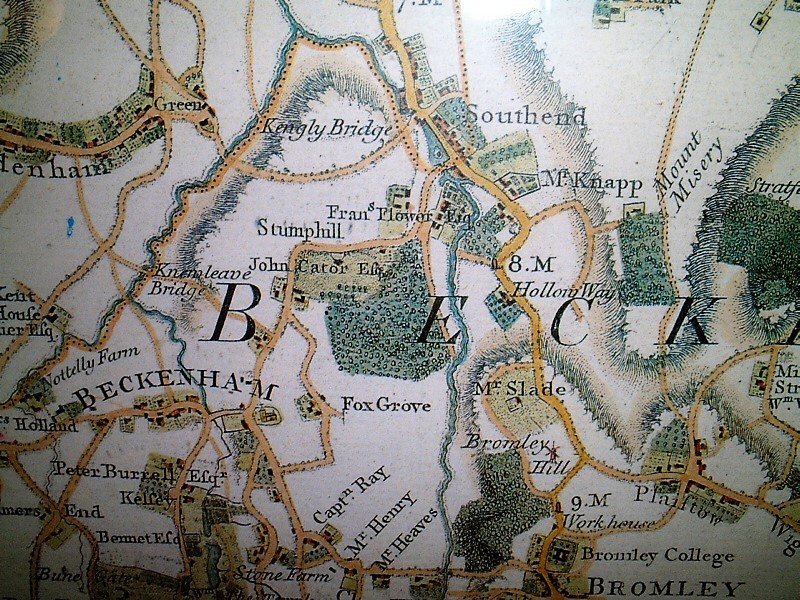 John Cator is marked as owning a building on the site of the Mansion in 1769, however it is believed the Mansion itself was built between 1760 and 1762 as Cator’s father-in-law, Peter Collinson wrote:

Sept. 17, 1762, went, for the first time, to visit my son-in-law, John Cater (who married my daughter), at his new-built house, now finished, at Stump’s Hill, half way (on the south side of the road) between Southend and Beckenham, in Kent, began in the spring 1760, on a pretty wooded estate which he had then purchased. The plantations about it, all of his own doing, I found in a very thriving condition, and when grown up will adorn so stately a house, in so delectable a situation, and make it a Paradise. In his woods grows the native English Chesnut spontaneously.

The Mansion was sited alongside the main road between Southend and Beckenham, however in 1785, John Cator had the road diverted to the current route of Beckenham Hill Road. Another road from Southend to Clay Hill was closed which enabled the construction of the lake. Also in the 1780s the public was mostly excluded from the land, creating the parkland area similar to as it is now. 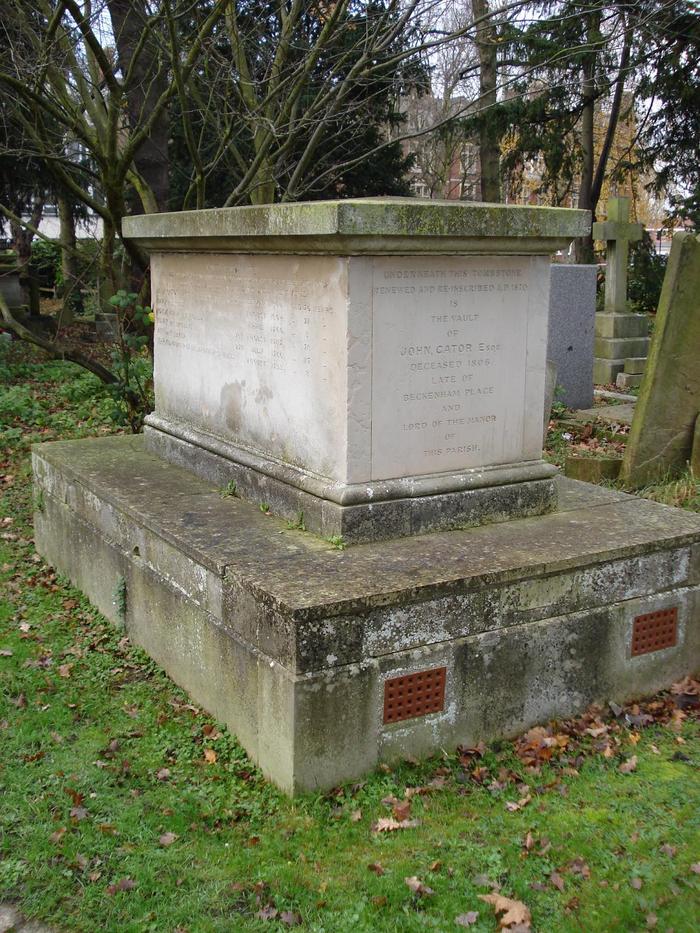 John Cator dies and is buried at St George’s in Beckenham. 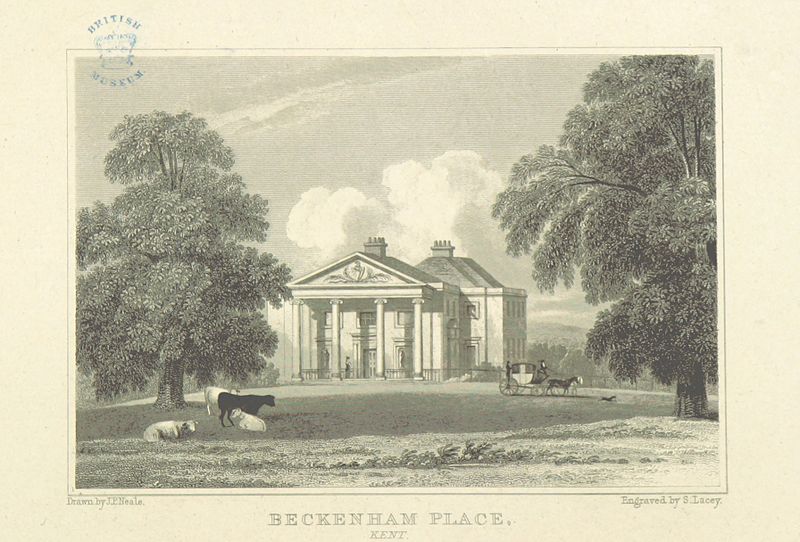 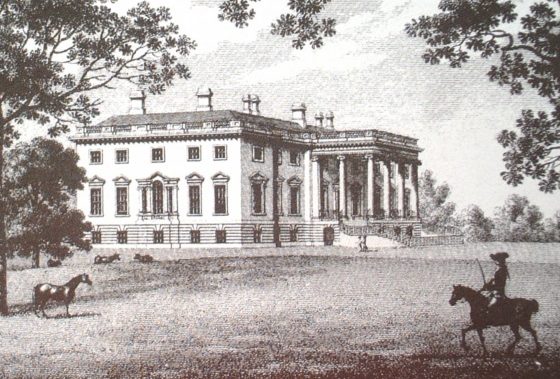 A portico, thought to have been brought from John Cator’s estate in Wricklemarsh, is added to the Mansion. It is unlikely John Cator would have made these alterations late in his life, so is assumed they were done by his nephew John Barwell Cator. 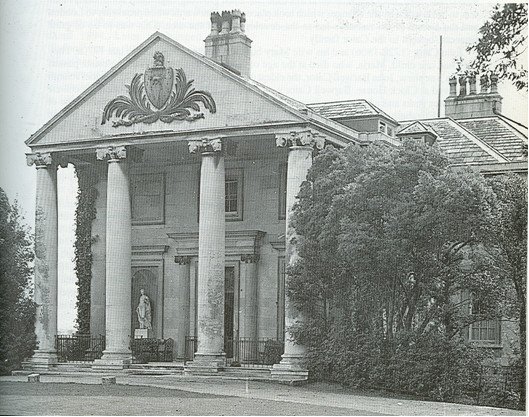 For the majority of the 19th century the Mansion was occupied by a string of private tenants.

The Nunhead to Shortlands railway line is constructed, bisecting the park. 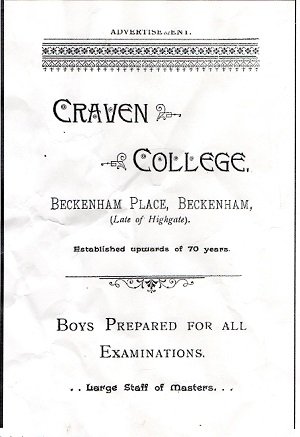 Beckenham Place is listed as Craven College, a boys school. 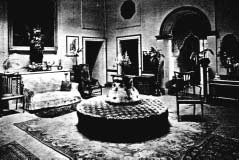 Norwood Sanatorium occupied the Mansion and Homesteads, and much of the park was used by Foxgrove Golf Club. 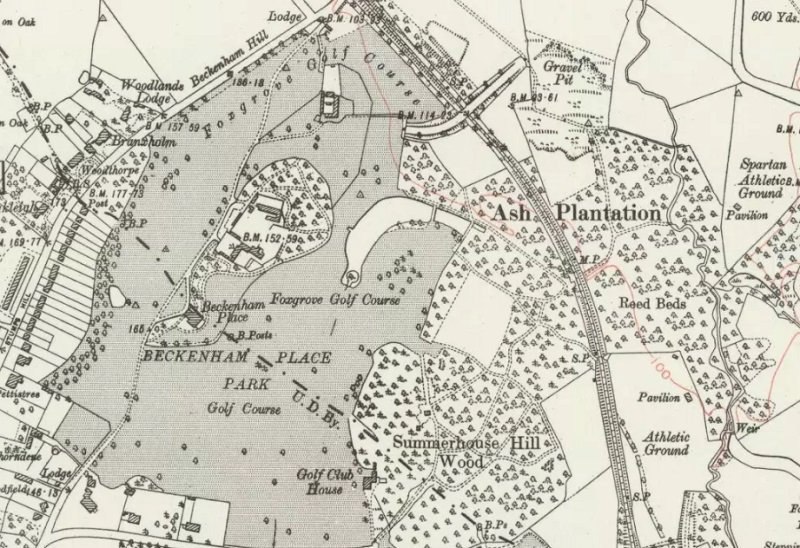 The London County Council acquired the park from the Cator Estate.

The Mansion and Homesteads become living quarters for park staff. 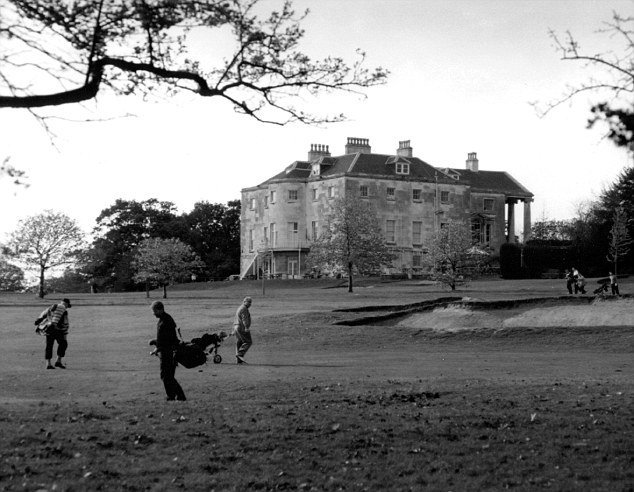 The park passed from Greater London Council to London Borough of Lewisham.

The Mansion was used to house a collection of theatre memorabilia of Mander & Mitchensen and there was an intention to convert the Mansion to a theatre museum, but funding for this project failed. 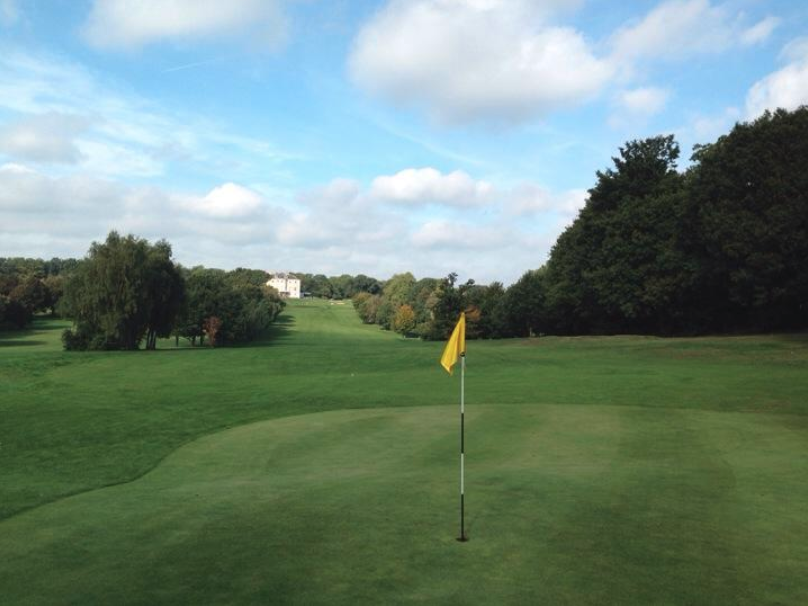 A company called Glendale had a golf course management contract, using the Mansion as pro shop and cafe.

The golf course was closed at the end of October 2016 by Lewisham Council, who said they could not make it financially viable. 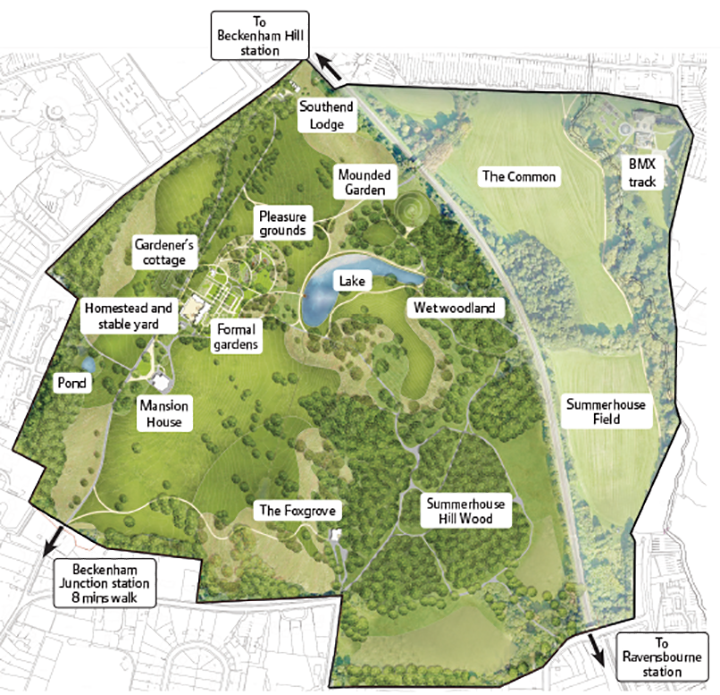 Lewisham Council, now owners of the Mansion and the surrounding parkland, announced plans to redevelop the park with the aid of a grant from the Heritage Lottery Fund. 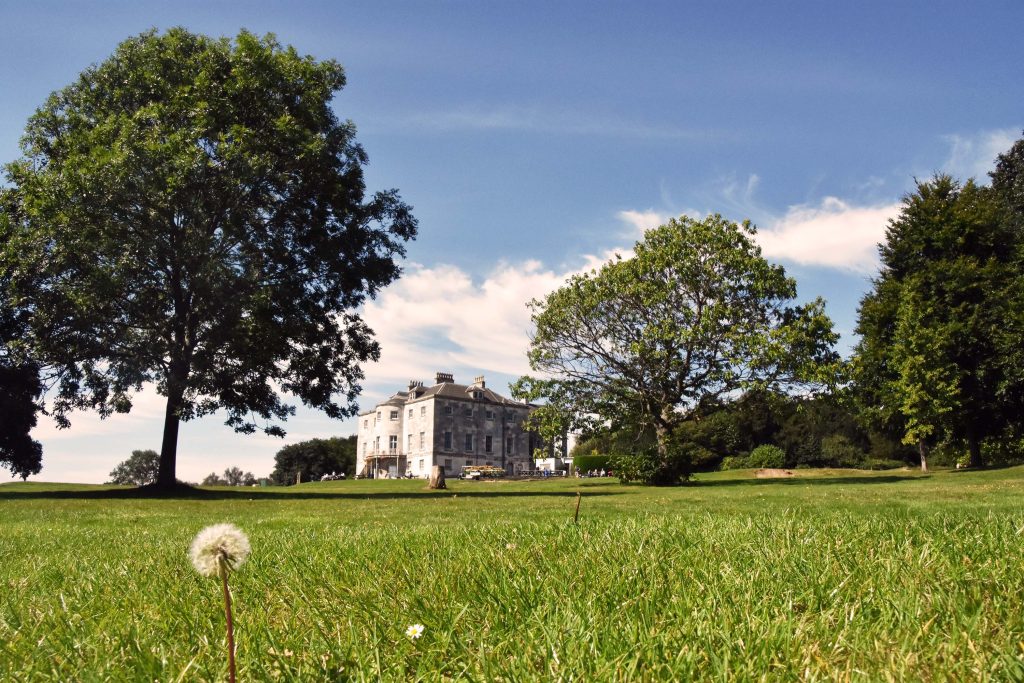 Lewisham Council invited us to take it over as they wanted to bring new visitors to the park, plus security costs would have been significant. They were aware of our work as we had put in a competitive proposal to partner with them to restore the Ladywell Playtower and bring it back into public use. Our mission was to breathe new life into the Mansion. 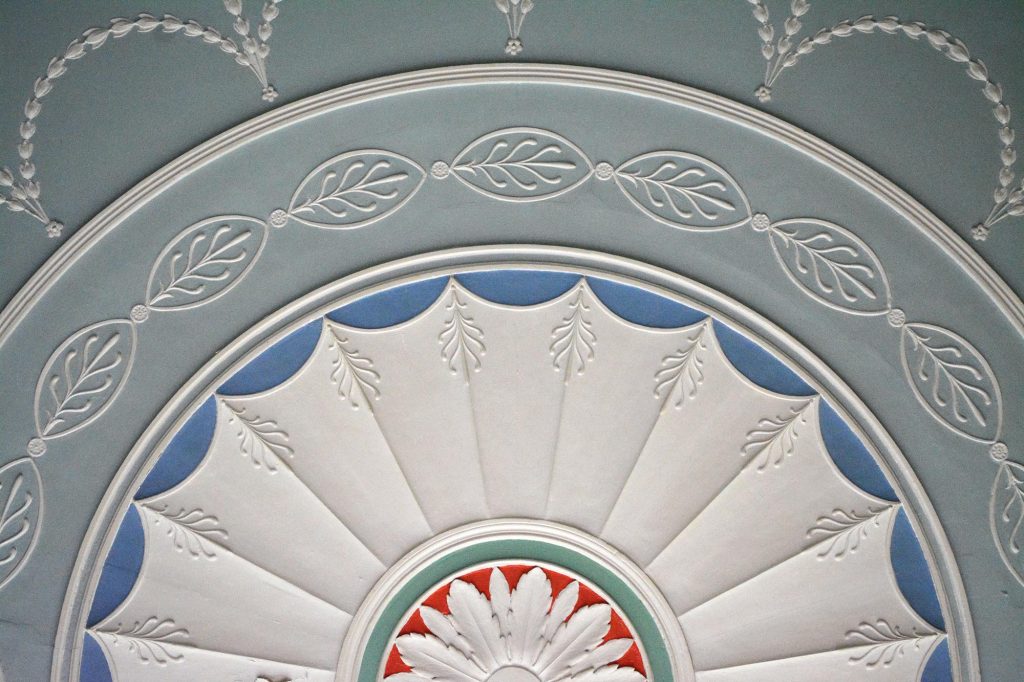 The plasterwork on the ceilings is possibly attributed to, and typical of, the leading plastering firm, Joseph Rose & Co., who had major commissions at Chatsworth House and Kenwood House.

The Mansion has 4 storeys including the basement and attic. In the centre of the Mansion is a curved bay of 3 windows on all floors. A balcony has been added to its 1st floor with an outside staircase leading up to it; this was added around the 1920/30s.

The principal feature of the interior is a central hall (atrium) with a gallery and a small circular dome (cupola).

A portico, said to have been added in 1787 or later and brought from Wricklemarsh House, Blackheath, gives entrance to the house at 1st floor level. 4 giant composite columns rise through 2 storeys5. 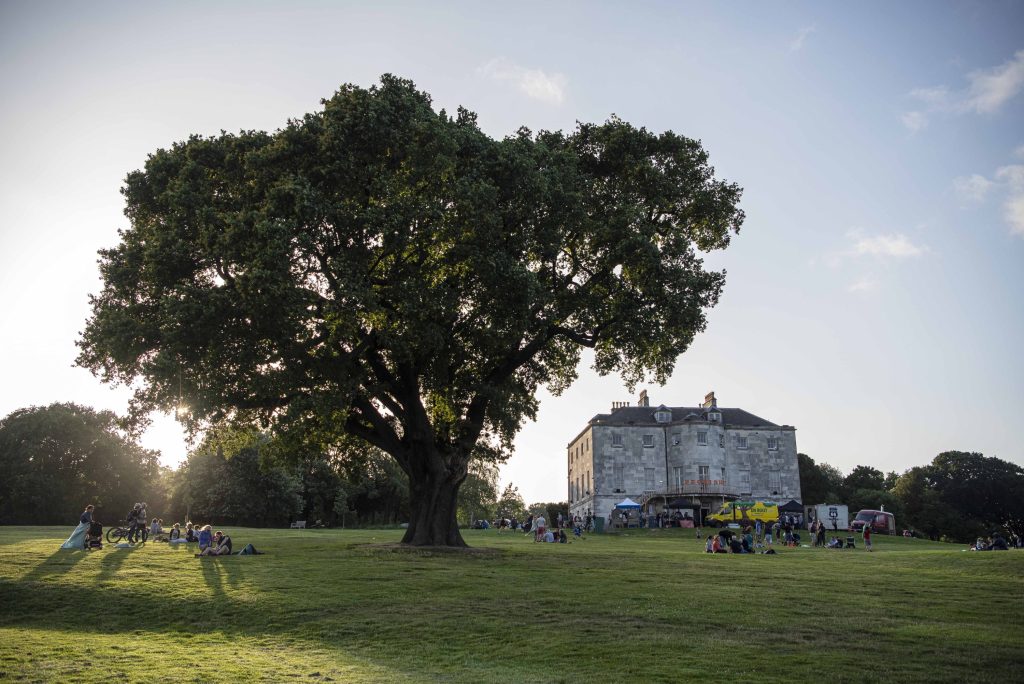 We became resident caretaker managers in November 2016, and relaunched the Mansion in April 2017, but we continued to keep the cafe open within this time.

The golf club had only used the basement floor, as their pro shop, cafe and changing rooms. One of the Ground Floor rooms was used by the Friends of Beckenham Place Park and the remaining two rooms were not used on a frequent basis, apart from the occasional LB Lewisham Council Department meeting.

The team behind Copeland Park & Bussey Building carried out a few essential Health & Safety building works, such as fixing broken windows and minor electrical concerns. We also repaired the boiler and set up WiFi throughout the mansion for both our resident artists and tenants to use. There was also a lot of cleaning and dusting!