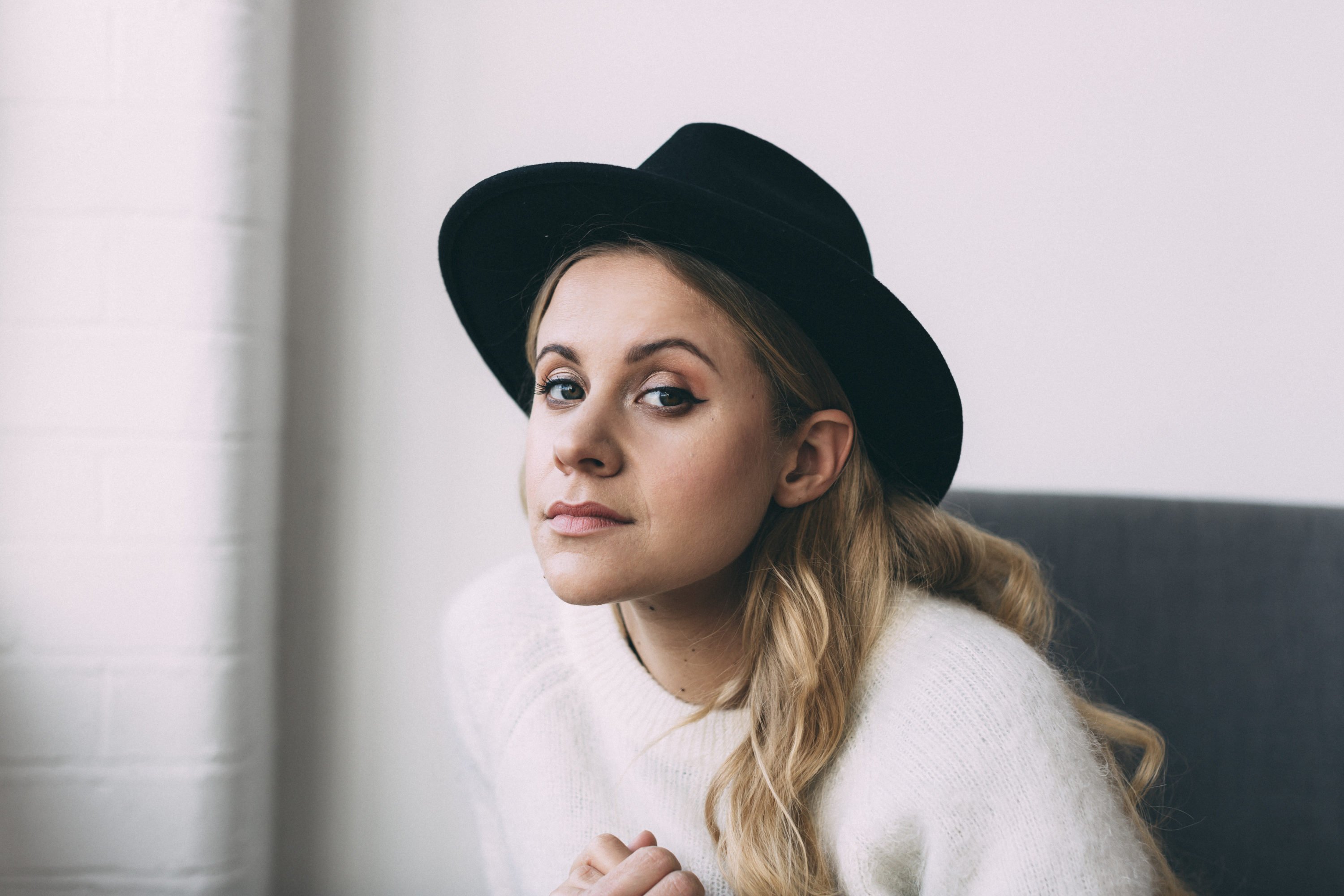 How did you become a musician?

Anna – I began writing music when I turned 11. My family moved to beautiful Cape Town, South Africa and I vividly recall sitting on Hout Bay beach with my mini guitar, writing, staring out to the sea. Many years later I reached an imperative realisation that, if I was going to choose music, I had to wholeheartedly devote myself to it. So, with that, I left the UK and travelled the world for 9 months and wrote as many songs as I could, before moving to London to properly pursue a career in music.

Tell us about your career highlights so far

Anna – Some of my career highlights have been my sold out shows in London, touring the States, sound tracking and featuring in a Levis campaign, hearing my songs in some US TV shows. Performing live brings me the most joy though; connecting with your audience on stage is something that can’t be replicated anywhere else. The energy between both parties is magic.

How do you use the Mansion?

Anna – The Mansion is the epicentre of Beckenham for me; I jog around it, have enjoyed sauntering around the record store and sipped drinks from the bar, laying in the summer sun.

Susie – My partner and I moved to Beckenham in March last year and the Mansion and surrounding park were one of the first main reasons we wanted to move here. I used to run around the park most weekends, as well as lots of sunbathing here over the summer. I have also sung a number of times at the Mansion – I did my very intimate EP launch in the cafe downstairs in July and I also played at the Flower Show in June. I come here a lot and enjoy the variety of events and just chilling out here.

What can we expect from New Light Concerts?

Susie – As a very new mother (3 weeks!) I was keen to setup a daytime event that would be accessible for new parents and for anyone who doesn’t just do the 9-5. Music should be accessible to all and I felt there was a lack of daytime opportunities to hear good music so I hope these events will fulfil that.

Anna – Susie and I are thrilled to be hosting New Light Concerts as we felt there was a lack of music available to those around during the day, apart from classical. We want parents, children, the self employed, night shifters and retired to know that we’re aiming these shows at them! An opportunity to enjoy some of the best of popular music at a time that’s accessible for those not living the normal 9-5.

Why did you choose the Mansion as the venue?

Anna – We chose it because Beckenham Place Mansion is exquisite. The setting is charming and we wanted something quite special for the audience. The calibre of the show is just one component and, for us, every aspect in making it memorable is of great importance, including the venue.

Susie – So much has been injected into the Mansion and the park – as a newish venue I saw potential to get involved and for some really lovely events here. Having performed at a number of outdoor summer events here, I think the venue is truly unique, it’s in beautiful surroundings and offers so much for local residents. I’ve used it for walking, running, meeting friends for coffee, the vintage markets, music events, performing.

How did you come to hear about us?

Susie – A friend who grew up here took us on a tour of the Mansion and park before we moved here. I then started following the Mansion on social media.

Anna – My friends recommended the Mansion to me and I have been doing the same since I saw it for myself.

What are your hopes for the Mansion’s future?

Anna – To reach a broader audience from those who live a greater distance. There aren’t many other venues offering such a diverse events programme and in such gorgeous surroundings.

Susie – More of what you are doing and people coming from all over, not just local people.

Tell us about any events you have upcoming, at the Mansion or otherwise:

Susie – This is our first event at the Mansion. I am currently on maternity leave, so I hope to do many more!

Anna – I have just finished recording new material, so we’re prepping music videos, photo shoots and so on. In Autumn I’ll be touring around the country with that and there’s much more on the horizon too that I’m not allowed to talk about yet; I’m very excited! And as far as New Light Concerts goes, we hope to be preparing our second daytime concert!

Anna’s tracks are available on Spotify.

New Light Concerts are also organised by Susie B.